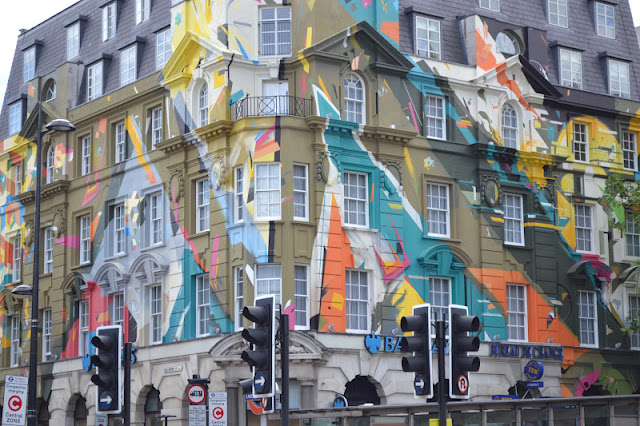 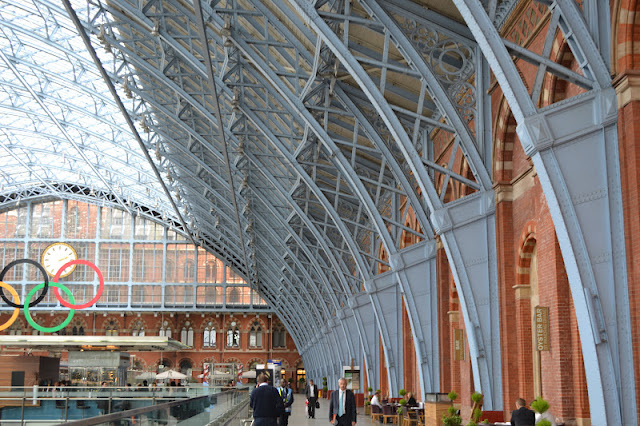 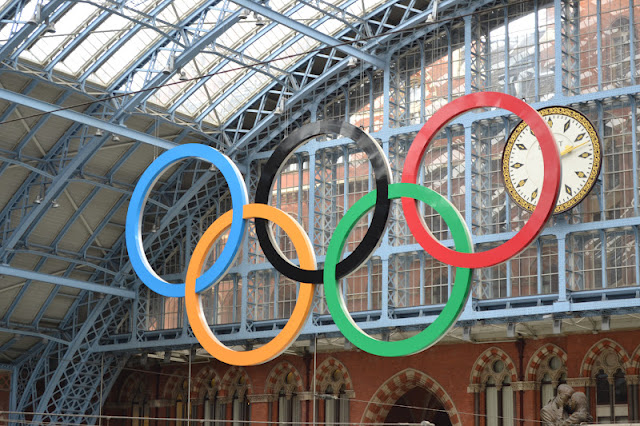 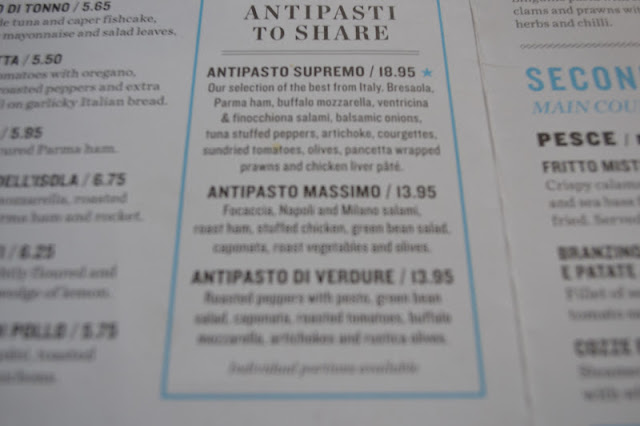 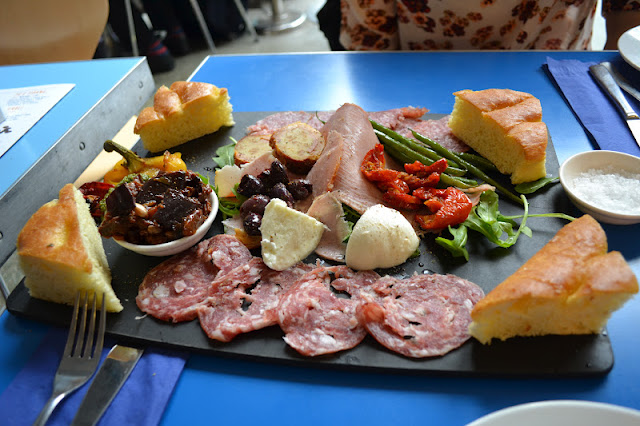 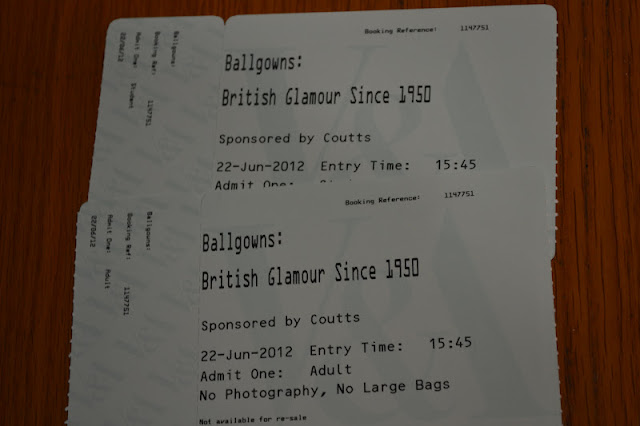 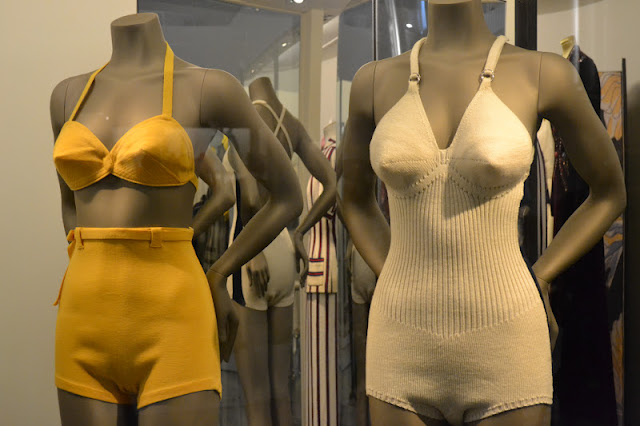 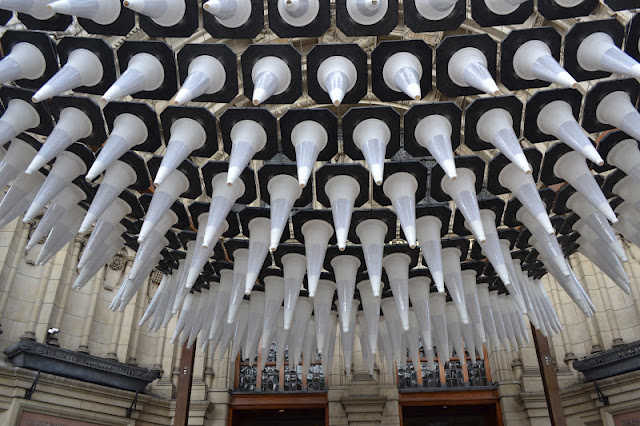 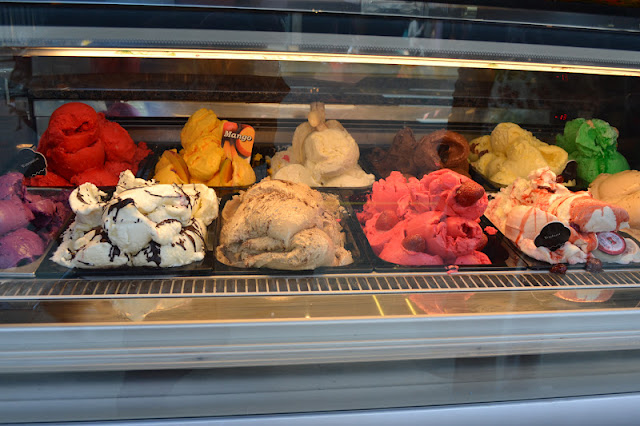 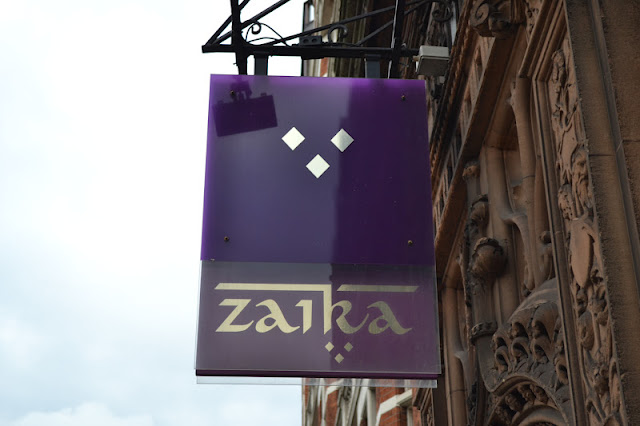 Last week I met up with my mum in London. Being that she is living back in Scotland and I am down in Brighton I don't get to see her nearly as much as I would like.
I met her at St Pancras station and of course the first stop was for food! We headed to Carulccio's for a massive plate of antipasti. I'm pretty sure my love for food comes from my mum. She is such an amazing cook that I blame her for making me a bit of a food snob! Ha!
After stuffing ourselves we headed to the V&A for the Ballgowns Exhibition. I couldn't take any pictures in the exhibit but I did snap a shot of these amazing knitted swimming costumes that are part of the permanent fashion collection.
If you are in London or are planning a trip and you love clothes I really would go and see it. The have dresses from the 1950's up until the present day. I was so amazing to get to see them up close.
After a spot of shopping we headed for yet more food. We had dinner at the incredible Zaika, an indian restaurant on Kensington high street.
We opted for the 6 course tasting menu and honestly it was like nothing I've ever eaten before. If only all meals could be so theatrical and so bloody tasty!
I can dream! 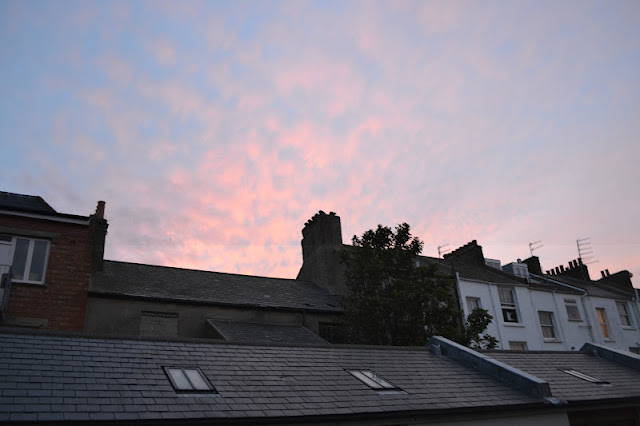 I have so much to say I don't even know where to begin. I feel like all I keep saying is how busy I am but everything has been so hectic lately. I wouldn't have thought it would be considering I don't have uni to contend with but I seem to have filled that void rather easily.

I have moved out of halls and into my boyfriends flat. We are here while we wait for the keys to our new place. The only problem is our current lease runs out in just over a week and then are effectively homeless. Its taking a ridiculously long time to sort out and with no guarantees or reliable time frame. Rather infuriating and stressful to say the least.

While we are here we have no internet connection. I am borrowing the wifi from a local shop, hopefully they won't notice. Although useful its not strong enough to blog properly or upload youtube videos. Irritating but I am trying to find ways around it!

I have also been busy being a model the past few weeks. A paid model at that! It has been for friends graduate collections from my university. I hope to get my hands on copies of the pictures so I can share them and show them off! I haven't seen the finished results so I just hope they turned out all right! I did a few photo shoots and a catwalk show which was filmed and will be projected onto the wall at the graduate show.

The private view is on thursday so I want to snap as many pictures of it as possible. If I'm allowed!

On top of this I have been working extra shifts, living the dream in retail! This week I have been in London seeing my mum and visiting one of my friends. I got a bit snap happy so expect a few post on these. I want to get them up as soon as possible but forgive the delay. Having no proper internet is driving me crazy! 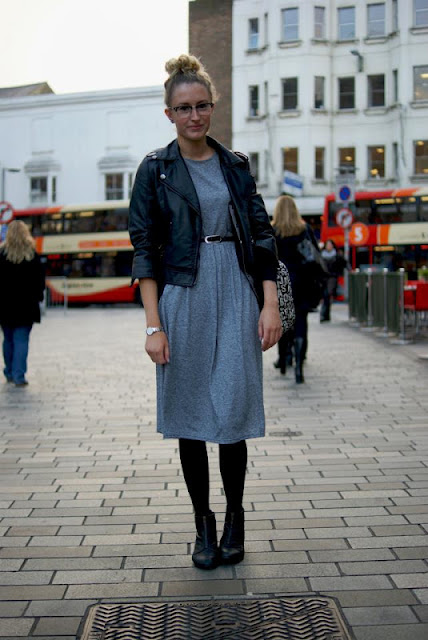 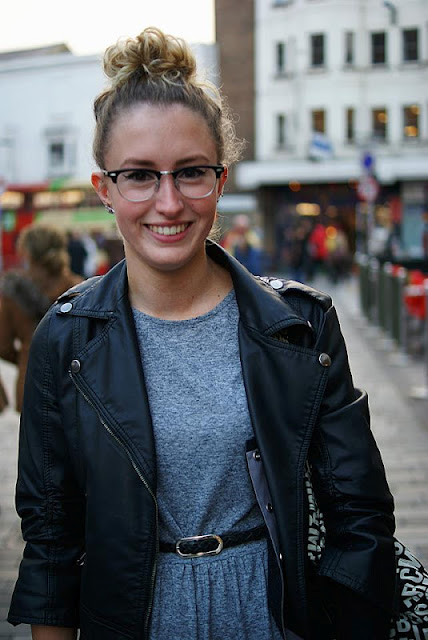 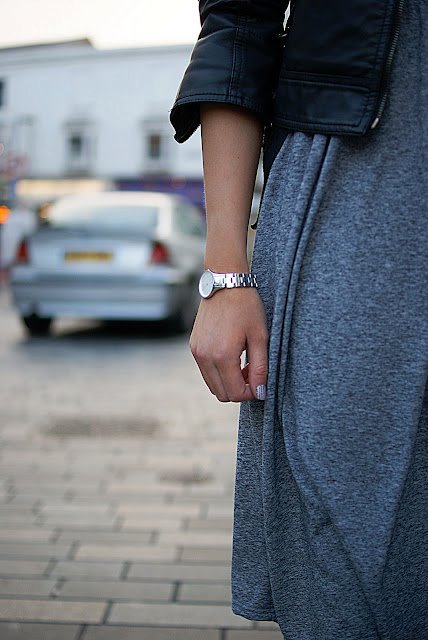 
In an effort to inject a little more fashion into the old blog I thought I would include these pictures from when I was photographed last year for a great street style blog called 'Shapebox'. Whilst the pictures were taken a little while ago now the outfit is still something I would wear at the moment. Although given my current mood I would probably swap out the leather jacket for a denim one. I have had this dress buried in the depths of my wardrobe and seeing these pictures make make me want to dig it out and wear it some more! 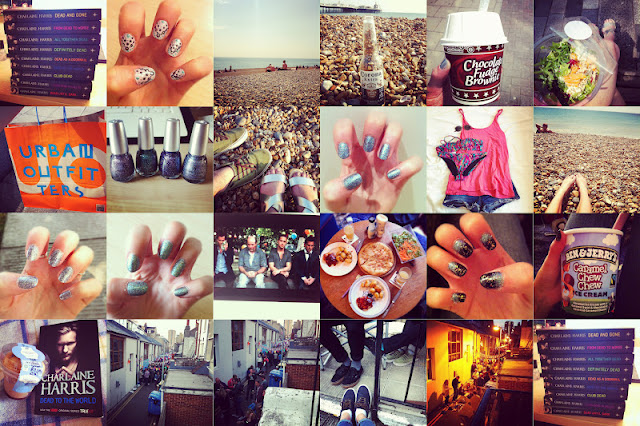 I feel like I have so much to say but in reality I really haven't been doing that much. I finished Uni for the summer last Thursday. I then proceeded to get rather ill starting the following Sunday eveing.
I was then bed ridden for 5 days and did nothing but watch films and read. Nice in theory but I get a bit crazy being cooped up in inside and cabin fever definitely set in. I wanted nothing more than to go and sit outside in the sun and soak up some rays. But sadly even that made me feel queasy. I literally couldn't even walk to the shop on campus without needing to sit down for feeling faint.
What a pathetic start to my summer!
Most of my symptoms have thankfully now gone and I have been back to working in the big bad world of retail throughout all of the jubilee festivities. Despite this I was lucky enough to experience a street party which was being held on the street behind my boyfriends flat. It went from being a conventional barbecue to event with a proper DJ playing trance and hardcore house music to a live band playing folk music, then a live rock band and then back the the DJ playing electro swing. Brighton is nothing if not full of variety!

This week I have to start making a stab at packing up my room in halls in preparation for moving temporarily into my boyfriends flat until we get the keys to our new place. Got to put things in storage and generally have good old clear out. Im one of those sad acts who loves a good bit of organisation and so I'm not too phased by the impending task but a side effect of this is that I am up to my eyeballs in lists. I hope at least one of them will be any use.

I think thats enough prattling on for now, this is not my diary! I suppose this blog could be considered a diary of sorts but I would rather keep a diary of images than words. So I have that to work on this week as well. Take more blooming photographs!