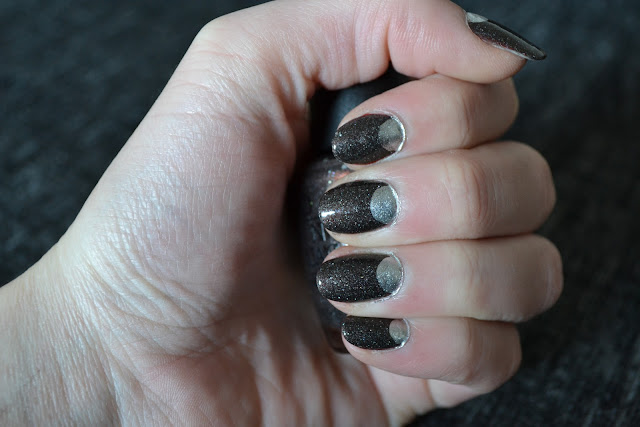 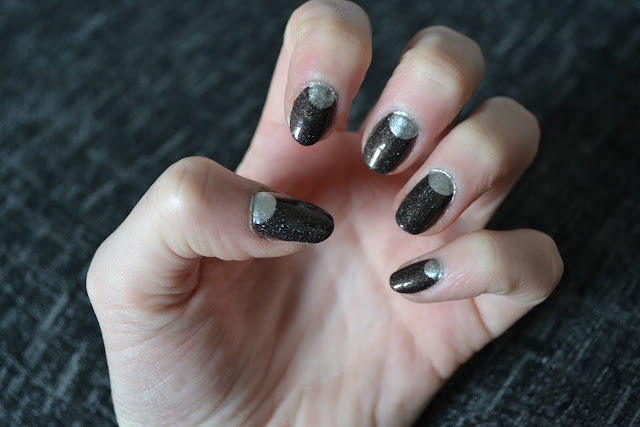 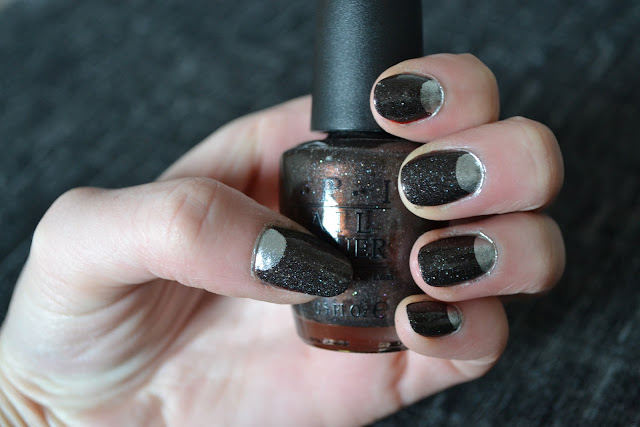 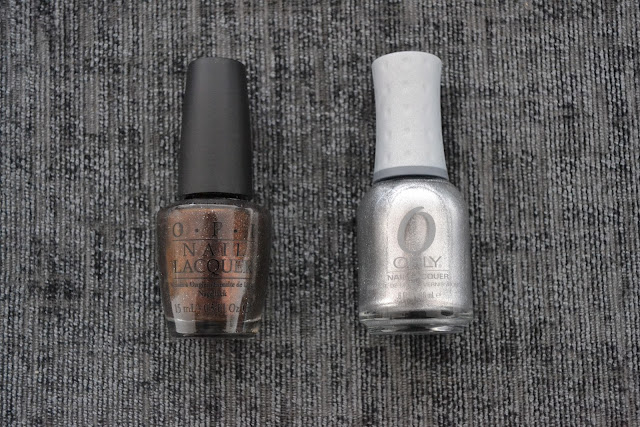 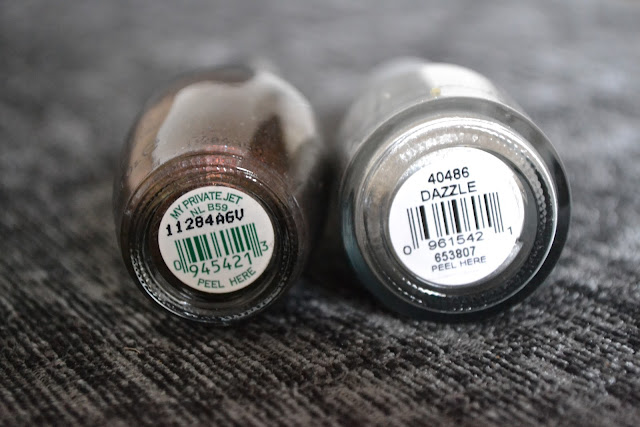 After having a rummage through the forgotten depths of my nail varnish collection I surfaced with OPI 'My Private Jet'. I got this little beauty when I was in America nearly two years ago now. I think the formulation of OPI polished are brilliant but I often overlook this one because its brown and doesn't look much in the bottle.

On the nails it is much more interesting, a shimmery browny/silver with tiny flecks of holographic glitter. Sounds like a right mouthful but really it is something special. To bring out the silver aspect of the polish I decided to try out doing half moons around the cuticle area of the nail. For this I used Orly 'Dazzle'. I picked this up in a random set in T.K Maxx and had pretty much forgotten about it. As silvers go its nothing special but not bad either.

Before doing these nails I had never attempted doing little semi circles free hand before. And I don't think I will be trying it again in the near future. It was SO blooming fiddly trying to make them even  or remotley symmetrical. Next time I will definitely use a guide or some stickers to achieve the effect.
But I will certainly try this out in with some more colour combinations. To me it feels a bit more sophisticated and grown up than some of the other designs I've done. Or maybe its just my love for 'My Private Jet'!