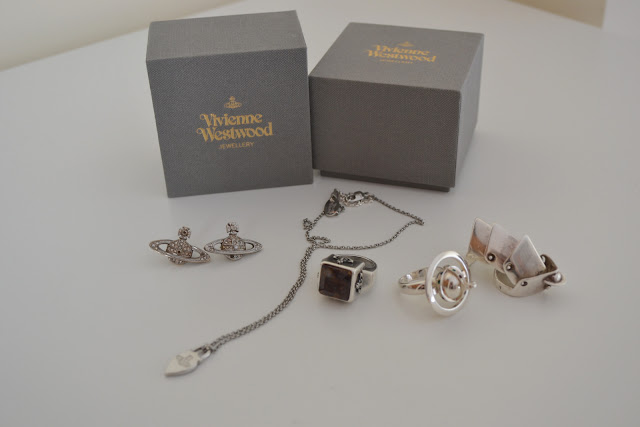 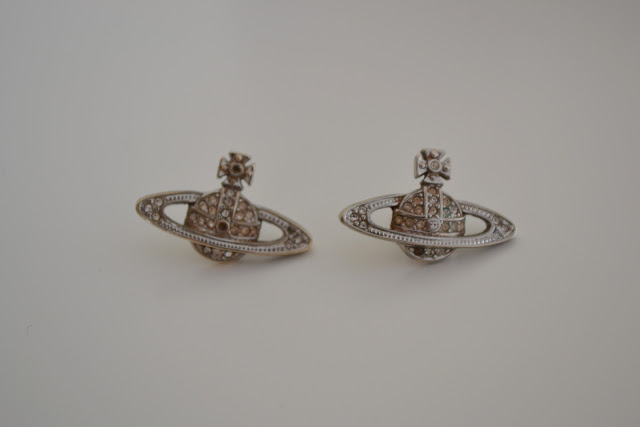 My obsession began with these earrings. That was a way back in 2007. I used to work at 'Jenners' which is a department store in Edinburgh. They where having some random 30% off promotion on all jewellery and being an employee I got a further 20% off on top of that. Seems a bit bonkers looking back now at how little I  paid for them. I wear these every day. Every single day. They are the only pair of earrings I own aside from the cartilage ear pericings I have that I never take out.

They are over 5 years old and with time some of the stones have fallen out. The centre stone being the most obvious on the left earring. I know they arne't silver but they havent really tarnished too badly. In the picture they do look worse than in real life as it is such a close up. Ive definitely gotten my moneys worth with these. 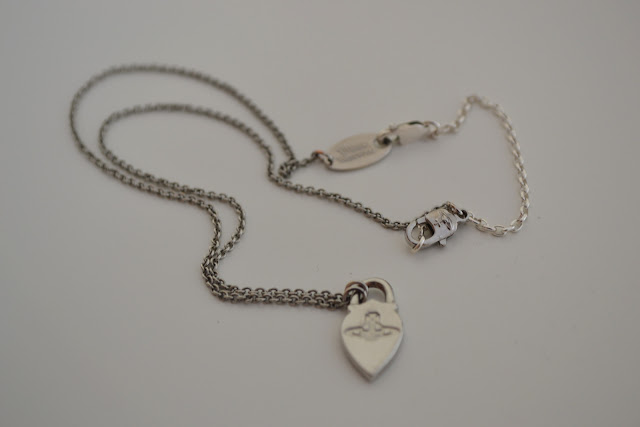 Thats where the chronological order ends in this post as I got this necklace from my boyfriend for my birthday last november. As you can see I have added and extender chain as without it I did feel somewhat strangled. It is seriously short but I just loved the little locket design with the orb stamped into it. 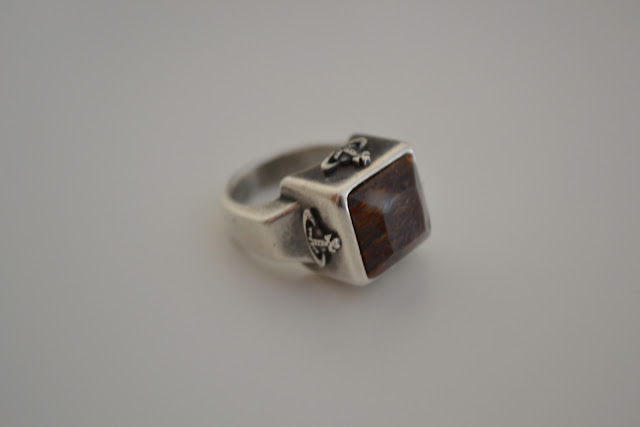 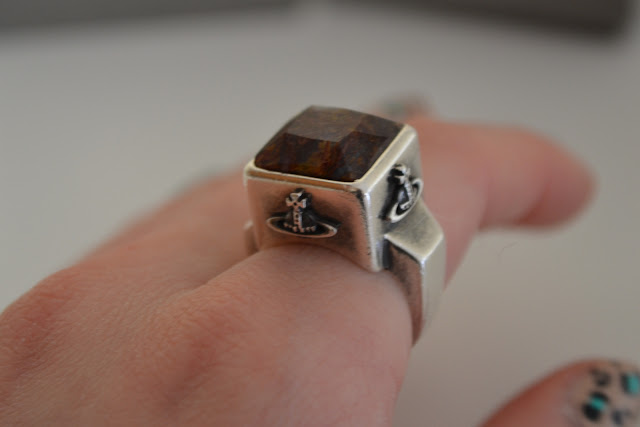 Now come the rings. My ultimate favourite. And I have to say I got these all insanely cheap, at least vastly less than thier originall RRP.
First up is the 'Square Box Ring' in oxidised silver and pietersite. It took ages to find out the name of that flipping gemstone so I feel I had to include it. As far as I am aware it also came in couple of other colours, I have seen them with ether a black or a blue stone. I picked mine up, heavily discounted of course from the Urban outfitters website. It is a size medium and after 3 years it looks just the same as the day I bought it. 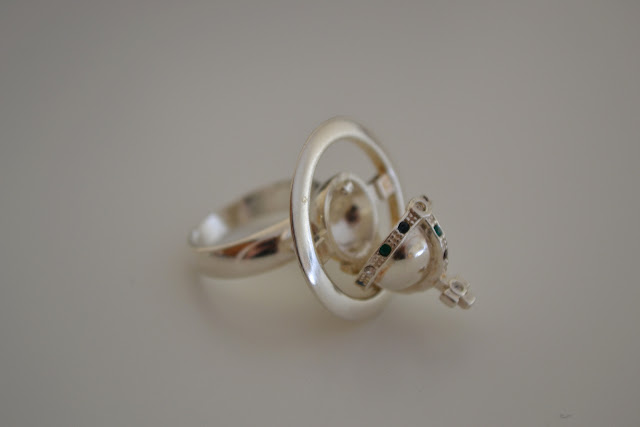 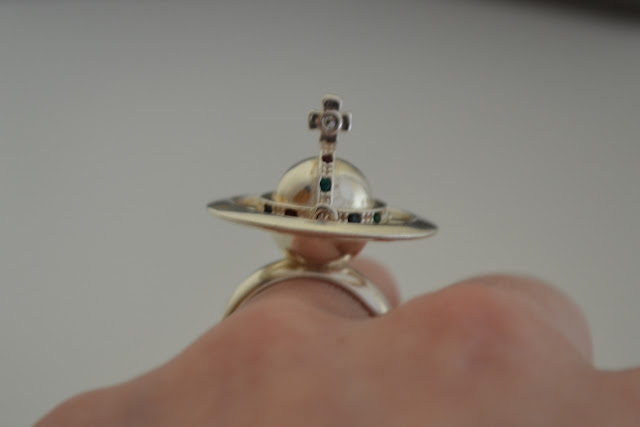 This is probbaly the one I wear least as it doesnt fit me as well as I would like and it sticks out rather a lot. For this reason it gets caught on pretty much anything and everything around you. It is a poisin ring, meaning the top opens up to reveal a secret compartment. Presumably to store your posision of choice should you so desire! This is also a size medium but it does run bigger I would say. 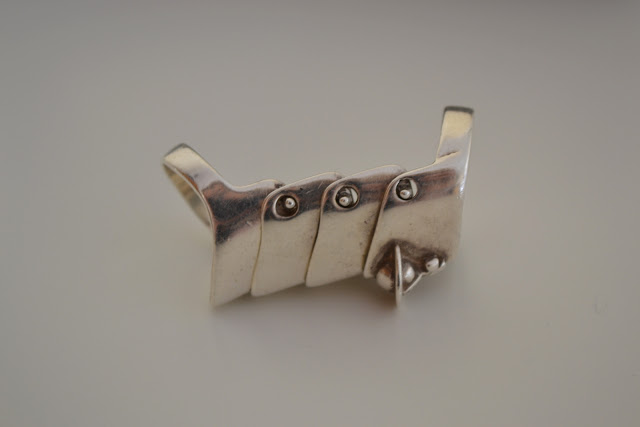 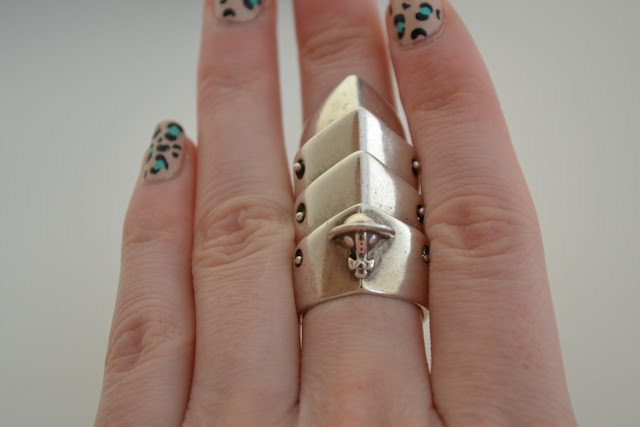 Lastly is my Armour ring. This ones elicits the most questions as it is really quite in your face. It covers most of the finger you choose to wear it on and it is quite unsual. When I first bought this one I wore it everyday. Regardless of what I was doing. It doesn't inhibit movement nearly as much as you might think. It has four separate sections which are all hinged so it bends as your finger would.

I believe if you have nice or more fancy jewellery that you love then don't save it only for special occasions. Wear it whenever and as much as you like. If it wasn't for the fact that wearing rings while I am at uni is very impractical I would wear them ever day. And I do love to wear all the rings I own all at once. At the moment the rings are saved for the weekends but I wear the necklace and earrings daily.