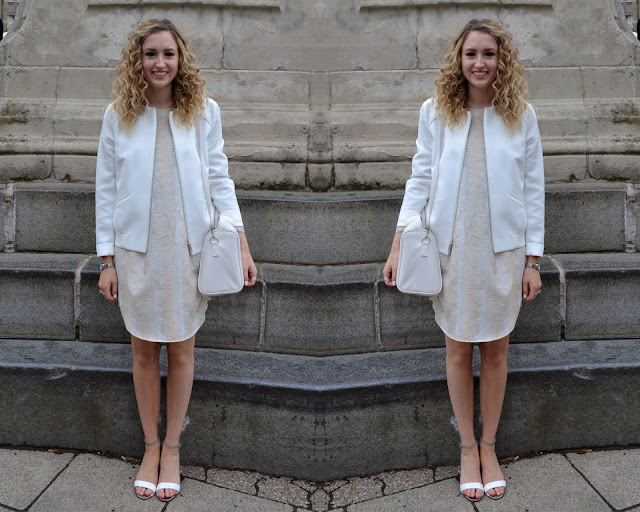 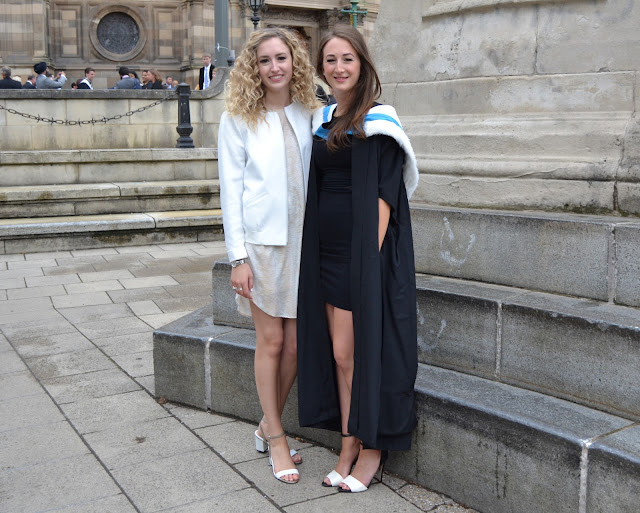 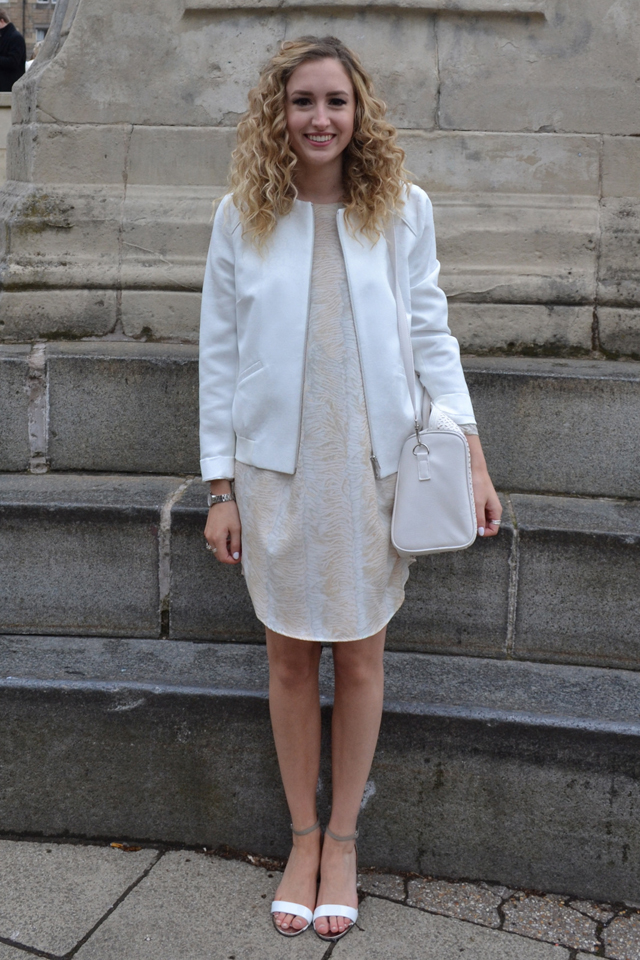 My mum is probably the only person who can tell me what to wear. And when she told me I couldn't wear black to my twin sisters graduation, I had to comply.

So instead of going for grey or some other dark hue I went to the other extreme an opted for (nearly) all white.

I already had the dress but I had pretty much no other white accessories or jacket. I had a really specific idea of what I wanted and honestly it took aaaaaages to find a jacket and shoes. I wanted a bomber not a blazer and I ended up using style compare to find it. I never shop in Dorothy Perkins so it definitely would not have been somewhere I would think to look. Turns out they have some other rather nice jackets that I'm now am lusting after! Bonus if you like it, its now in the sale! If you do plan to order go up a size. I opted for a 12 in the end and the 10 was just too tight on the shoulders.

I am not a high heels fan. I hate being uncomfortable, not being able to move around as normal and generally I do not need 4 extra inches of height. I am 5'9 and when you add on some massive heels I become even more clumsy and awkward.
So when I stumbled upon these mid heel beauties from Next I new I had found my pair. They have a good sturdy chunky heel and most importantly there where white. But didn't look cheap.

The bag was a bit of an after thought. I grabbed in in Primark a few days ago as I knew I wouldn't be getting much wear out of it in future. It was big enough to get my camera in and thats all I was really bothered about.
It was in Scotland so of course it chucked it down in with rain. Just what you want for a graduation. So gladly I maged to fit an umbrella in as well.