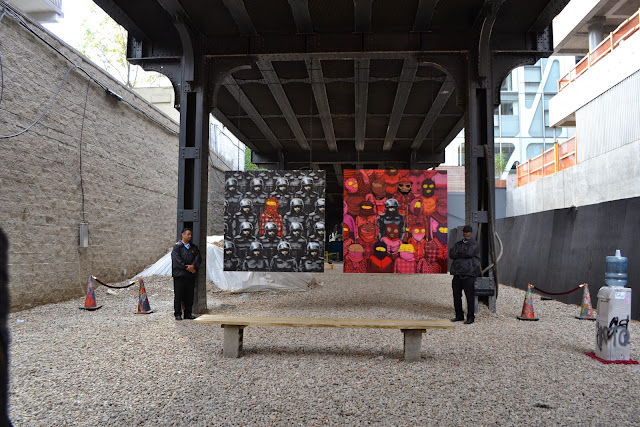 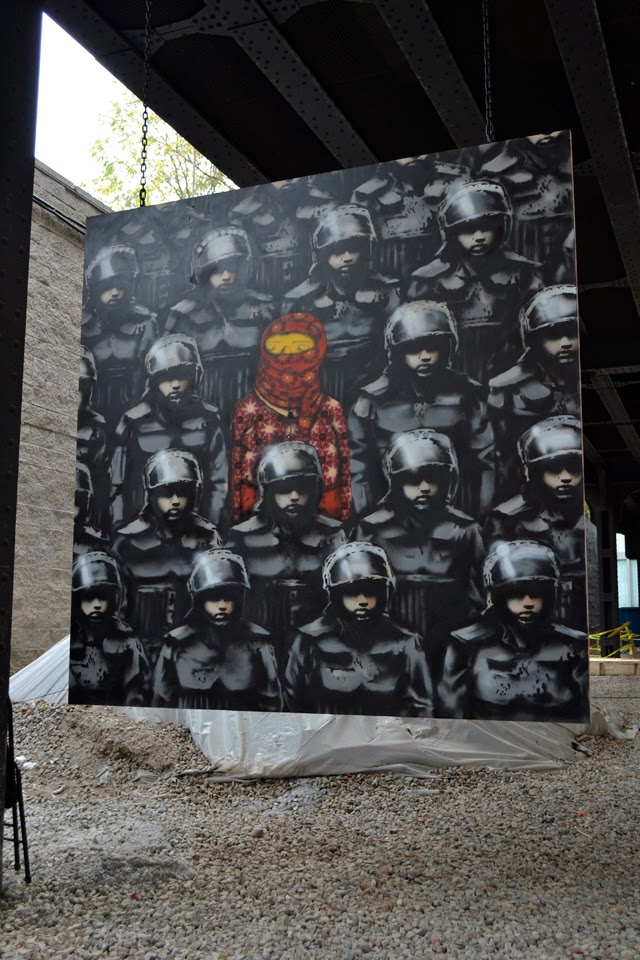 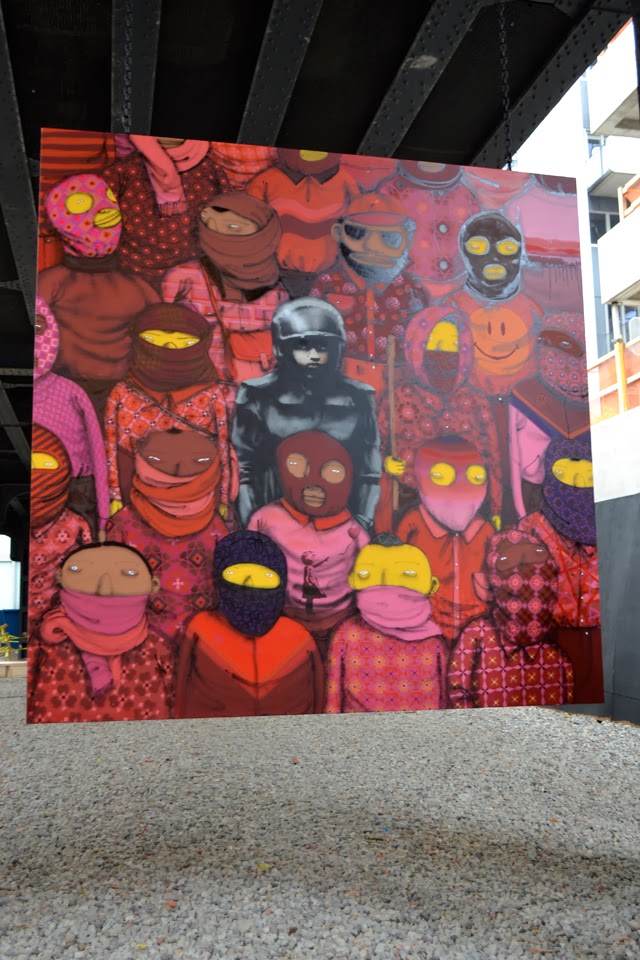 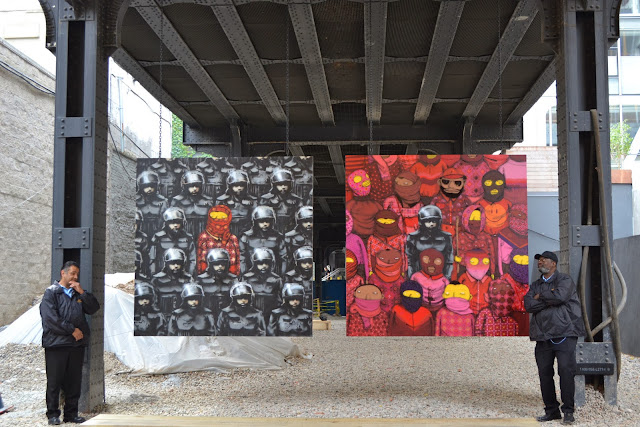 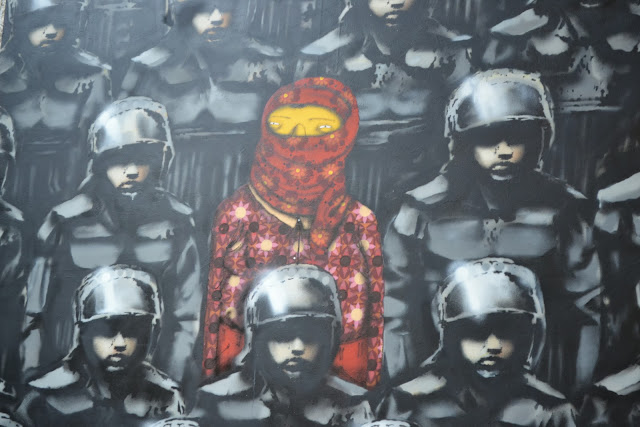 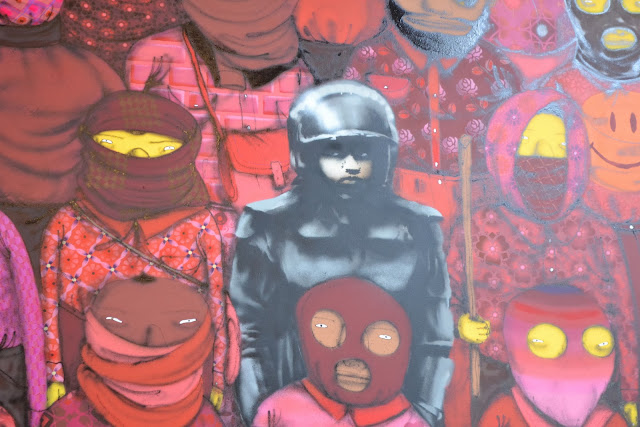 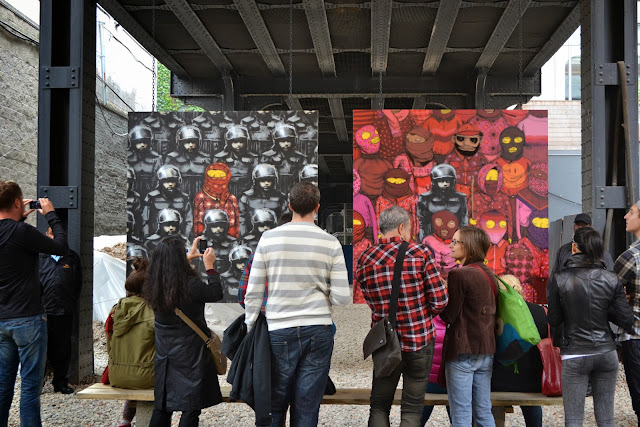 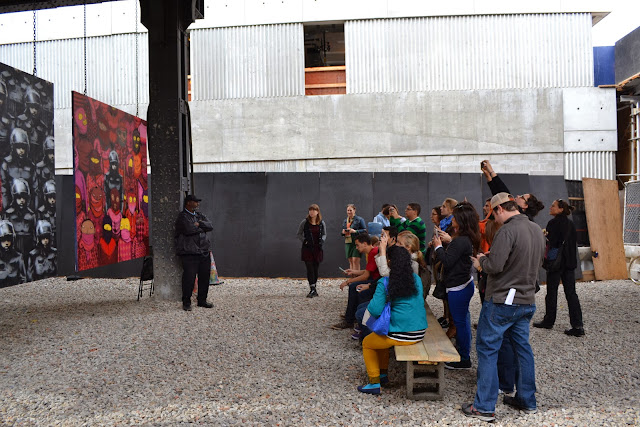 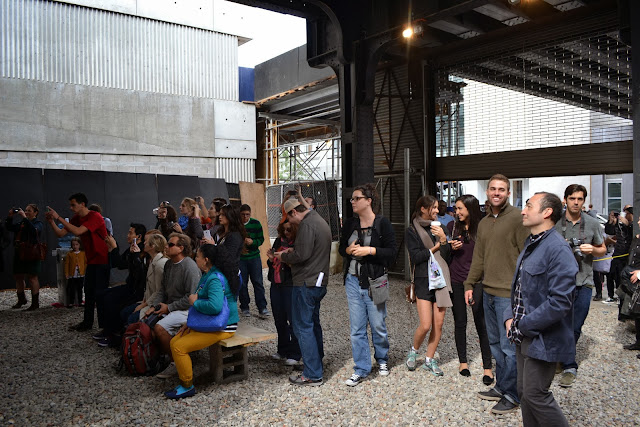 Banksy is doing a month long residency in New York. He is creating/unveiling a new art piece each day in the month of October. I have been keeping up with it on instagram (@banksyny) and last weekend I decided I would go and have a look at one for myself.

I have no idea if these pieces have names but this one is at the corner of 10th avenue and 24th street.

It was a pretty weird expeirience. The last two pictures pretty much sum it up. Everyone queuing up, craning their necks to have look at it at most importantly photographing it. Me included.
There were security monitoring how many people where allowed in at once. The man at the entrance was rude, nasty and seemed almost happy to remind us that it was private property and if he didn't like how people where behaving he would have no problem shutting the whole thing down.
I don't know if thats down to a one man having a bad day at work or if thats part of the whole Banksy 'spectacle' and he was instructed to behave that way. I was glad I got to see it, but it was rather strange.

Living in the south of England (usually, obviously not at the moment) and being from the UK, seeing a Banksy is not that unheard of. There is one in Brighton and I have seen a few in London when out and about.  So seeing one in New York was novel but I wasn't treating it as anything incredible and life changing. Some people on the other hand really were.

I haven't tried to seek out any of the others, being that it is now the 26th of the month there are a fair few out there to choose from so I may stumble upon a few more while I am here.

Maybe the others have a bit less of a bizarre atmosphere.
Then again, maybe not.