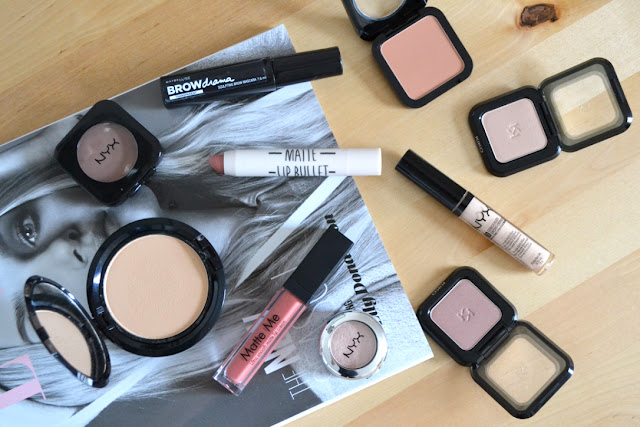 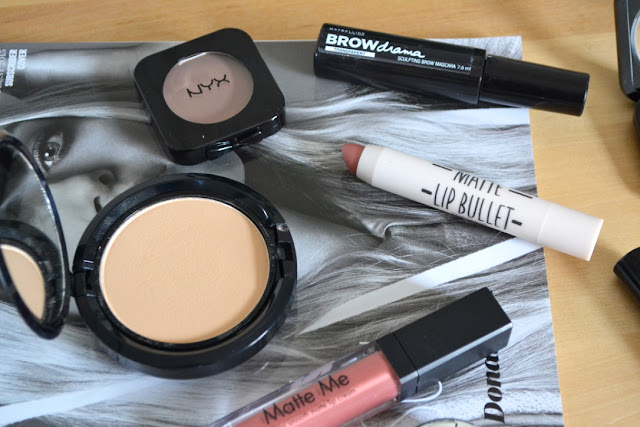 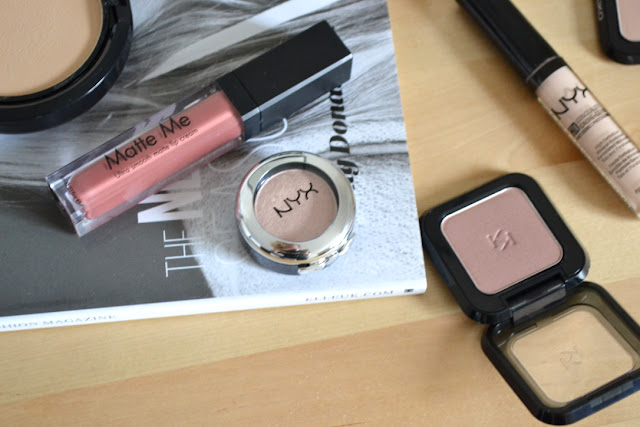 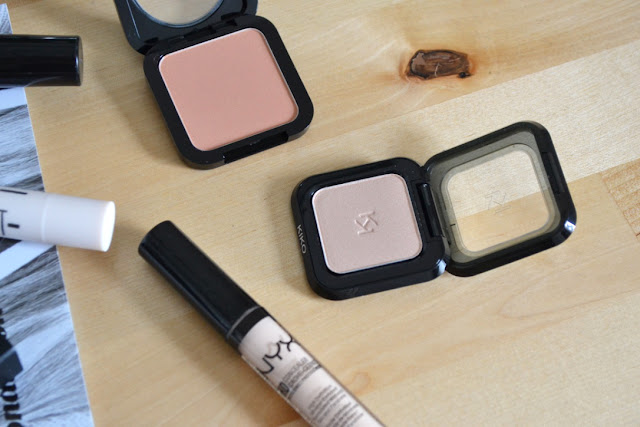 Shall will quickly skip over my notable absence from the blogging world. Its been a while lets just say that! An update video on my YT channel is on its way as to what I've been up to lately.
So for now lets talk makeup! I had planned to post this the day I took the pictures. but that was over a month ago now so its turned into more of a review/haul hybrid.

I've had a bit of an aversion to fashion and clothes in the past few months. I primarily blame no longer working in retail for my constantly shopping but I have just been more drawn to make up instead.

My newest obsession being NYX. I've known about it for a long time but being that there were never any physical stockists int he UK I largely just left it alone.
But I happened to be in Boots the day the NYX stand launched in Brighton and the chances of me leaving without buying were non existent. First on my list was a replacement for my taupe blush. I use this for everything, its one of my most worn makeup items. Its great for pale skin as a contour and I also use it as an eyeshadow. Although the shade name is the same, the actual shade is slightly browner that my original taupe blush thats in the old packaging. I also grabbed another blush in Nude'Tude. I am not a blush wearer, I got this with the intention of using it as an eyeshadow instead.

And I picked up the Prismatic eyeshadow in Girl talk, intending to use it as highlighter!
Its in a tiny pan but the colour is something a bit different. iridescent but with a slight duo chrome effect.

The Matt but not powder foundation is great, Ive used it everyday since purchasing but the HD concealer is a bit of a miss for me. It creased like mad and it dried at least 2 shades darker, leaving my under eyes looking more than a little orange. Not the best look ever!

Kiko is another love of mine of late. They seem to always have a sale on and when they do I seem to always come away with something. I limited myself to just two eyeshadows this time. The high pigment wet and dry shadows in shades 05 and 16. Nothing ground breakingly interesting but completely wearable colours with a bit of shimmer but no glitter.

The Mayeblline brow drama transparent brow gel is another staple, used it daily and I think its great. A very boring product to talk about but I'm a fan!

Last up are lip colours. I don't tend to wear anything other than a clear lip balm, like ever. I find lipstick/gloss/anything to be a total pain and I'm always conscious of it smudging, smearing or feathring all over my face!
The Topshop lip bullet in duvet day was a real fail. The colour is all wrong for me. Something about the tone just made me look a  bit dead.

But the sleek Matt me lipstick in 'Birthday suit' saved the day a little. The colour is subtle and to most other people probably wouldn't notice it but for me its a big step! The formula isn't too drying and its pretty long lasting, doesn't smudge or smear, or really move at all so it does take that fear away.

I won't pretend I don't feel little bit stupid wearing anything on my lips, its like I have a big sign flashing above my head saying this is not something I'm used to and and I'm very self conscious! But the colour is good and I have seen that sleek have released a load more shades in the 'Matte Me' range. I may just check those out too!